A woman was caught stuffing her own baby into a carry-on baggage in order to not have to pay the airfare for the baby. 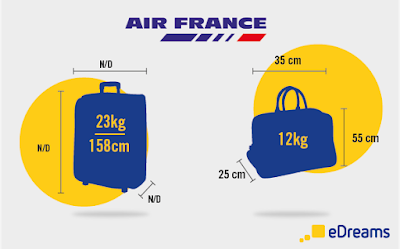 The unnamed mother's plan was spoiled when a passenger sitting nearby noticed the woman's bag was moving. After the second time it moved, the concerned passenger alerted one of the cabin crew to investigate.

The cloth bag belonged to a woman sitting at the back of the unit. At one point, she wanted to open it and her neighbour on the other row seats saw that something was moving inside.

The stewardess was shocked when she opened the bag to see that the movement was coming from a two-year-old baby stuffed inside.

It appeared that mother didn't have a ticket for the baby and stuffed her baby in the bag to avoid paying for the plane ticket. Both mother and baby were assisted to the front of the plane.

AirFrance is now investigating as to how the mom and the baby stuffed inside a bag was able to board the plane without any of the terminal crew noticing.