A newly discovered species of sharks were found on December 24, 2015 by marine biologists in the Pacific Ocean, off the coast of Central America 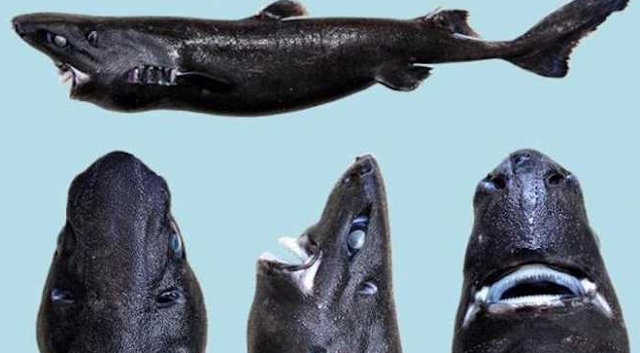 One of the Marine Biologists' little cousin named it " Ninja LanternShark.


"We felt those unique characteristics would make this species stealthy like a ninja. The common name was actually proposed by my little cousin," scientist Vicky Vásquez told Mashable

The Ninja LanternShark has jet black skin that contains light-producing chemicals responsible for its glowing apperance in the deep sea water.

The species scientific name is "Etmoterus Benchleyi, in honor of the writer of Jaws' Peter Benchley