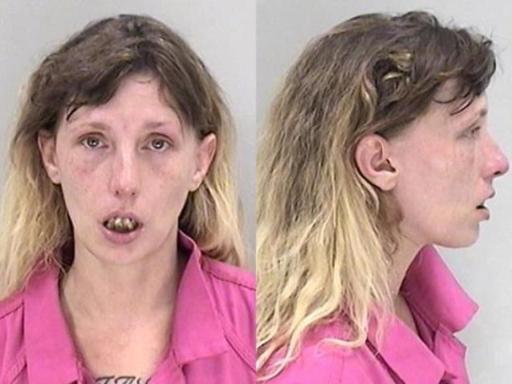 After coming home from a night at a bar, Tabatha Lee Grooms, attacked her boyfriend, Carlos Rodrecus Grace, for refusing her advances earlier in the day.
Grace was able to flee to the bathroom and call 911 after getting scratched on his face, head and neck.
Grooms was arrested and charged with simple battery family violence.
Grooms' mother was also caught in the middle and received a punched in the eye.