The "Hajimete no Gatagata" (Trembling for the First Time) Vegeta action figure shows a wounded and crying Vegeta with a hole in his saiyan uniform.


This Vegeta action figure from Premium Bandai literally trembles in fear. The action figure recreates the scene wherein Vegeta stands in front of Frieza's final form in episode of 85 of Dragon Ball Z. 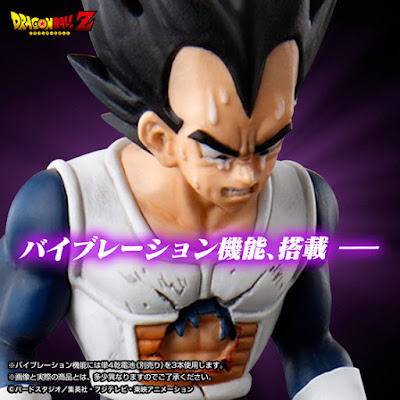 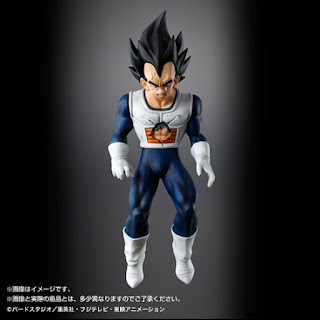 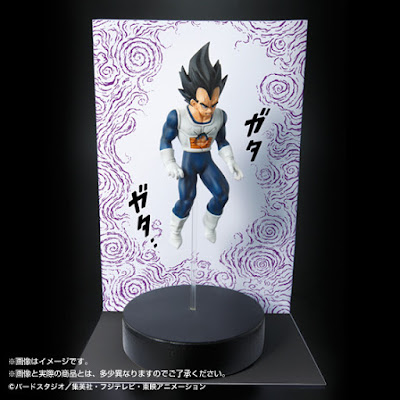 The vibrating pedestal is part of the "Next Vendor's Innovation" series. It requires a single AAA battery to function