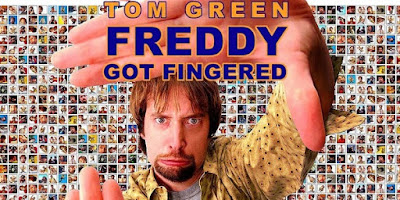 James Meyers, a resident of North Carolina, was arrested for not returning the VHS tape of "Freddy Got Fingered" that he rented from J&J video in 2001.


James was initially pulled over for having a taillight out while driving his daughter to school. After the Concord police ran his license, he was asked to step out of his vehicle and was told that there was a warrant out for his arrest from 2002.
Meyers was put in handcuff for the first time in his life.

- said James Meyers on his Facebook Video explaining what had happened.

Tom Green reacted to the news and contacted Meyers right away after learning about the story.

If it’s 200 bucks of course I’ll pay it for him, just for the principle of the thing.