"Airing" is a new product that will end your sleepless nights without looking like Darth Vader. 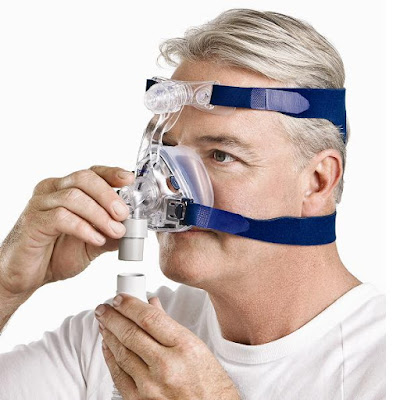 
Continuous Positive Airway Pressure ( CPAP ) Therapy uses a machine that eases a person's breathing when sleeping. When a person's breathing stops during sleep, that person's lungs do not get enough air and will cause loud snoring and will wake up very tired in the morning and during the day. They are more susceptible to high blood pressure and heart problems. This condition is called Sleep Apnea
It is a pretty common sight for a person with sleep apnea to have a machine sitting by the bed with hoses, buttons and blinking lights like it's a rave scene of some sort. And a face mask that needs to be put on all night. It is an expensive device and a very uncomfortable thing to deal with when sleeping although it is something that has many long term health benefits.

CPAP users can now breathe a sigh of relief. "Airing", created by Stephen Marsh, is a device that lets sleep apnea sufferers have a shuteye without dealing with masks, flickering lights and tangled hoses. 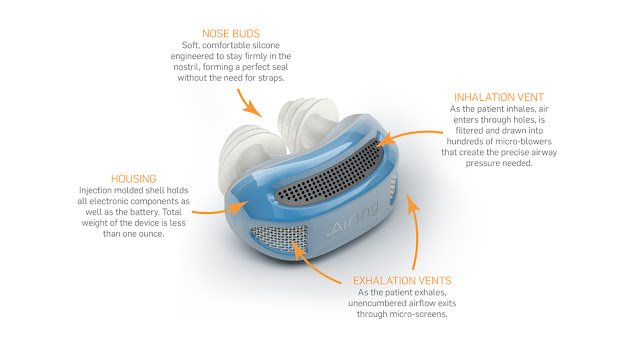 
Airing is a battery-operated and disposable miniature CPAP machine that has no cords, hoses or straps. The machine weighs in at less than one ounce and fits directly into the user’s nostrils via two small nose buds.”

Source is From Yahoo News and WWW.FundAiring.Com